Best ways to enhance preschool discipline that every parent should know

Being a parent, it’s expected from you to discipline your preschooler the right way. When your toddlers begin going to school, they tend to develop an understanding of themselves and their environment.

It’s all new for them and not all the kids are able to adjust effectively. Some kids just get more annoying, aggressive and start engaging in inappropriate behavior.

Issues like not eating veggies, hitting other kids, using your mobile all day long, and in general throwing tantrums become the story of each day. Now, it all comes down to your shoulders to teach them what to do and what not to do. In such times resorting to punishment can be counterproductive.

There’s always a right way to do things and this particular blog brings you exactly that. Take a deep breath and come navigate the best ways to enhance preschool discipline in your child.

It seems daunting, but taking small steps regularly can bring a positive change for sure. In this article, we will discuss the seven proven tips that you can use to make sure your child gets better scores and remains stress-free.

1.Teach discipline as a life skill-

Discipline is not a punishment or a way to bound your child in a strict manner. Instead, it focuses on giving them the right mindset. Teachers at top schools in Bangalore are well-versed in positive discipline strategies. Here are certain things that you can learn from them.

Instead of always pointing out their undesirable behaviors make sure to praise them as well when they go the right way. When you offer praise, it makes them feel confident.

It encourages them to behave on similar lines even in the future. However, never go overboard while complimenting them. It should feel genuine.

Avoid saying sentences like “you’re the best child in the entire world” rather you can say something like “well done my dear, thank you for putting your toys back on the shelf”.

For example, if your child loves to listen to music while studying, then it can lead to hindrance, so allow them to listen to only instrumental music. In this way, you can deal with the problem better.

Your child needs to know the correct way of behaving but at the same time, they need to know the ‘WHY’ behind it.

Explain them in a simple and coherent way as to what makes those rules important and why they should be behaving in a certain manner.

Don’t leave them hanging and avoid putting statements such as “do it because your mum’s telling you to”. They ought to have a better reason than this. Make them understand with a proper explanation but don’t make it too preachy.

Make sure you’re using age-appropriate language or something they can comprehend in their little minds.

You can also take help from their school. Preschools in Bangalore are widely known for the cordial connection between parents and teachers.

When you repeat something over and over it tends to lose meaning to an extent where it starts appearing irrelevant. So, if you’re constantly using the term “NO”, then it’s time to change it.

There are other better ways to discipline your child than simply saying this. When you rephrase your sentences, the chances of your kid taking notice automatically increase.

For example, if they are flinging over food and refuse to eat then rather than shouting “No! stop it” you can use encouraging words to elicit better behaviors like “when we’re sitting at the dinner table, what do we do?”

It’s always better to teach them alternative ways to get their needs met when they misbehave instead of stopping them or punishing them.

5. Respond only when it’s needed

It’s not always important to discipline your child in a proactive manner. However, it’s essential to respond when they indulge themselves in a dangerous act or something that calls a lot of attention.

But sometimes, you can take the passive approach, sit back and let them learn on their own. The discipline committee at CBSE schools of Bangalore follows a mix of both active and passive strategies and you can learn the same.

When you ignore their bad behaviors, they’ll face the natural consequences and refrain from repeating them in the future. For instance, if your little one keeps dropping the candies on purpose, then he’ll end up wasting it and will be left with no more candies to eat.

If they have a habit of throwing their toys, then ignore them and don’t buy new ones. They’ll soon fathom their importance when they won’t have any toys left or at least their favorite one.

Letting them realize on their own is one of the most effective ways of disciplining.

A time-out is a method in which you put your child in a boring place just by himself for a few minutes. This place can be a room free of toys, screens, and other distractions.

Don’t make it too long, just 1-2 mins per year for a kid of 2-5 years is enough. This should only be used when your child performs an extremely undesired or dangerous behavior.

Time outs set them off the offensive mood and give them some alone moments to stop and think about what they have just done.

It allows them to learn self-management and calms them down. You can warn them about time-outs if they attempt to do offensive behavior on purpose.

7. Having a reward system always helps

Creating a reward system is one of the best strategies to uproot bad habits from your child in a positive way.

If your preschooler has a problem in staying on their own bed at night, hitting other kids, or crying while going to school, then making a sticker chart can do wonders.

ICSE schools in Bangalore have suggested the technique of sticker charts time and again. They have colorful boards in each class which serves the purpose right. Design and color a paper sheet and pick some of their favorite stickers.

Tell them every time they’ll show the desired behavior you will give them a sticker. Let them know that 3 or 4 of these stickers can be exchanged for TV time or something gratifying.

It will make them more invested in earning stickers and at the same time will encourage them to instill worthwhile habits. Also, it’s essential to understand the underlying reason behind their particular behavior.

We all know prevention is better than cure and it fits this situation right. Being mindful about certain conditions that can cause trouble for your child in the future is essential.

It’s difficult to expect that they’ll control their behaviors even while being hungry or overwhelmed. You need to ensure that their minds are at peace and away from frustration.

You can pack proper snacks, let them get a full night's sleep and appropriate playtime. Having a daily routine for them also helps so that they don’t do random things.

Don’t confine them but at least give them a structure to follow. Set rules and explain the consequences of not following them.

Psychologists suggest that certain kinds of discipline strategies can have a long-lasting negative effect on your child. Even counselors at top schools in Bangalore do not recommend them. Being a parent, you should avoid them at all costs. So here are they: -

More than any strategy it’s important to be disciplined yourself because you’re their biggest role model. Try to be level-headed and balanced while using these ways as it will help you gain their trust and respect. Just be consistent and remember it’s all about teaching and not forcing. 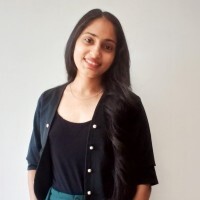